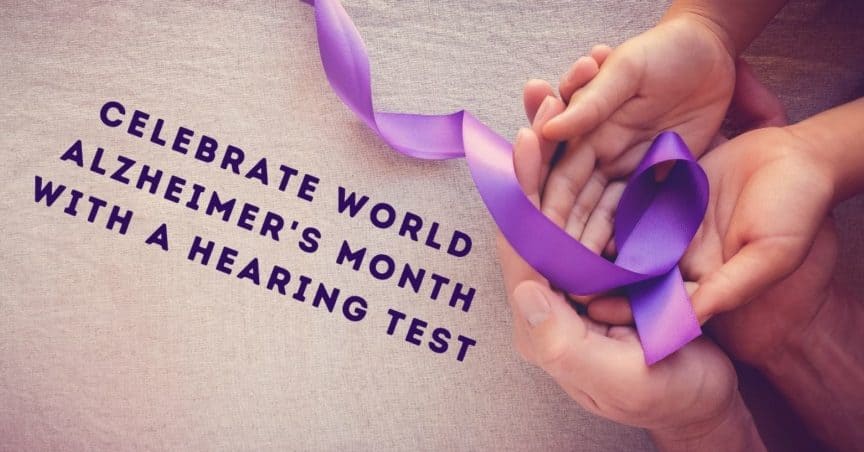 Alzheimer’s disease affects not just the individual but family and friends as well. The more you can understand how Alzheimer’s and other dementia’s works and how to best cope with its effects, the less traumatic this disorder can be for everyone.

It’s important to understand that you are not alone in this experience. It is estimated that Alzheimer’s affects 50 million people worldwide and this number is expected to climb to 152 million in the next 30 years. This and every September is World Alzheimer’s Month, led by Alzheimer’s Disease International (ADI), to educate, raise awareness and focus on prevention on this very serious condition.

The Impact of Alzheimer’s Disease on Daily Life

Discovered by Dr. Alois Alzheimer, this condition appears as “plaque” build up and “tangles” on the brain. The plaque covers brain cells, while the tangles are protein deposits that block brain cell connections, both slowly destroying them.

This disease is progressive, starting slowly and eventually making it hard to complete activities of daily living and memory. Simple tasks like bathing, doing laundry or preparing a meal become impossible to complete. Affected patients will lose more and more of their memory as the plaque and tangles spread.

Short and long term memories are affected, making it hard to remember how to complete daily tasks, but also struggle to remember people in their life and important moments from the past. Judgment can also be affected. Things that seem simple like turning on the heat or blowing out a candle can not be left in the hands of someone in later stages of this disease. A person with dementia will require full time care as the disease progresses. It is important to remember that Alzheimer’s is not a normal part of aging but a progressive disease, which can be slowed down with medication and lifestyle changes.

While there is no cure for Alzheimer’s disease, there are medications that can slow down the process in the early and middle stages of dementia. These medications can extend time for patients providing them with comfort, dignity, and independence. This can also be beneficial for loved ones and caregivers who can extend time with their loved ones.

Medications called cholinesterase inhibitors are prescribed in the early and middle stages to reduce memory and behavioral symptoms. Scientists suspect that cholinesterase inhibitors work to treat Alzheimer’s disease by preventing the breakdown of acetylcholine – a brain chemical believed to be important for memory and thinking. As the disease progresses less acetylcholine is produced making these drugs ineffective.

Besides medication, lifestyle changes throughout your life and after diagnosis can slow down the effects of Alzheimer’s. The Lancet Commission released a new study this year, which adds three new modifiable risk factors for dementia to nine, previously identified in 2017. Some of these risk factors center on physical health: Monitoring and keeping your blood pressure low, staying physically active, avoiding smoking and excessive alcohol use, and treating diabetes. Other risk factors centered on mental health: Dealing with depression and staying socially involved.   Other risk factors included less education, air pollution and hearing impairment.

Numerous studies have identified the huge risk for people with hearing loss in developing dementia, especially as they age. The largest cause of hearing loss is age related, affecting 1 in 3 over 65 years and 1 in 2 over 75. The onset of dementia becomes a much higher risk starting at 65, affecting 5-8% and rising 10% every 5 years. Some of the risk factors for dementia mentioned above, like lack of social contact and depression are side effects of untreated hearing loss. Many of the physical risks of dementia like hypertension and diabetes also affect the ears, which rely on ample and regular blood supply to the ears, just as the brain does. When people struggle to hear, their brains can become under-stimulated, instigating or exasperating the symptoms of Alzheimer’s.

While there is no way to reverse hearing loss, hearing aids can help amplify the sounds you are missing, keeping you alert and engaged. This is an important tool in the fight to slow symptoms of Alzheimer’s disease. Use World Alzheimer’s Month as a call to action to deal with your hearing loss today, and help to slow or prevent this devastating disease for yourself or someone you love.