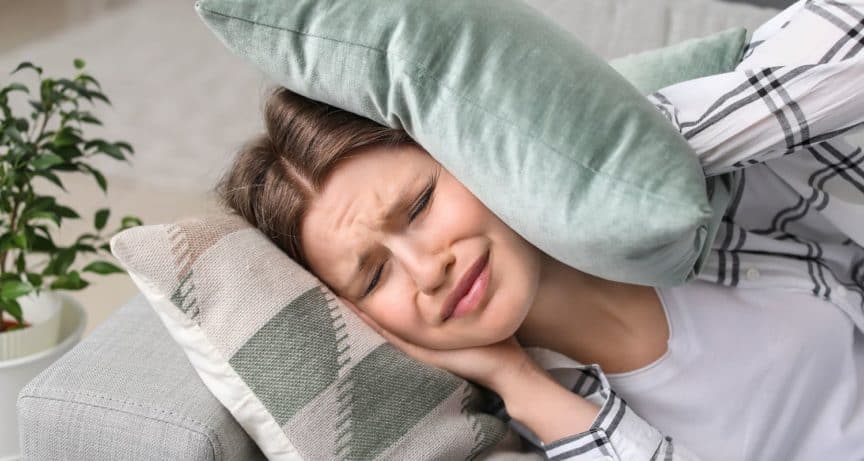 It seems that the sounds of this modern world just keep getting harder and harder to escape. When was the last time that you could say you were truly free of the sounds of cars driving down the road, planes flying overhead, and the sounds of electronics buzzing? With the ever-increasing usability and accessibility of industry and technology, we are continually exposed to the buzz of a noisy modern industrial world. Sure, these innovations make our lives easier in many aspects but there are costs. Whether you live in the city, suburbs, or country, the buzz of machinery and technology is more cacophonous than it has ever been. Now, recent research suggests that it might be more damaging to your health than you think.

The sound of a babbling brook or the leaves rustling in the breeze can provide calm and peace, increasing serotonin, a brain chemical that helps us feel joy. When your favorite song or piece of music comes on the radio it can increase dopamine, the positive reward chemical in the brain. The loudness of sound is measured in decibels and when sounds reach past a certain decibel threshold, they become at risk of permanent hearing damage. 85 decibels is the limit of sound before it causes irreparable hearing damage. However, it’s not just the level of sound but the length of exposure. At 85 dBA it takes 8 hours of constant exposure before damage begins but at ten decibels higher (95 dBA) it takes less than an hour. Those who live with hearing loss struggle to maintain the quality of their relationships at home and work as it becomes increasingly more difficult to maintain conversation. This can lead to chronic depression, anxiety, loneliness, and social isolation. Studies also link unaddressed hearing loss to higher risks of cognitive decline, dementia, and falls leading to hospitalization.

The Dangers of Noise

We understand that hearing loss begins to develop when you are repetitively exposed to decibels of 85 dBA or higher but even at 75 dBA sound can be an issue.  The World Health Organization (WHO) defines noise above 65 decibels (dB) as noise pollution. When decibels exceed 75 dBA over 24 hours it can increase stress, releasing cortisol regularly into the body. Cortisol is the brain chemical referred to as the fight or flight chemical. It puts the body and mind in a constant state of adrenaline, sleeplessness, and conflict which can have lasting effects on your health. When you can’t escape the roar of traffic outside your window or the unexpected rumble of overpassing aircraft it can become a serious health issue.

Noise exposure has been proven to raise the heart rate and blood pressure, which can cause hypertension and high blood sugar levels which can make diabetes more severe. In addition, being exposed to loud sounds day after day can affect your heart rate and breathing.  This puts us at a higher risk for serious health issues such as the thinning of the arteries from fat deposits, and increases sing the risk of heart attacks and strokes. Meanwhile, regular sleep disturbances due to noise can lead to insomnia, depression, and issues with alertness during the day.

Recent research finds that aircraft noise is a major contributor to hypertension especially when it occurs overnight, interrupting sleep. One study even identified that every 10 decibels of noise from an aircraft led to an increase in high blood pressure, heart attacks, and strokes by 7 – 17 percent. And even if you don’t live near an airport, a recent publication of recommended noise pollution limits by WHO, which historically focused on aircraft, road, and rail noise. However, the latest reports include leisure noise and wind turbines.

Act Around Noise and Hearing Loss

Most people concerned about the noise around their home can’t just move. However, there are steps you can take to make your home quieter. Invest in area rugs and carpeting to dampen sound. Plant tall greenery and shrubs around your home as well to aid in sound absorption. If you’re concerned that your work or living environment may be damaging your hearing, it’s important to schedule a hearing exam today. The sooner you address a hearing loss, the better it can be for your quality of life.