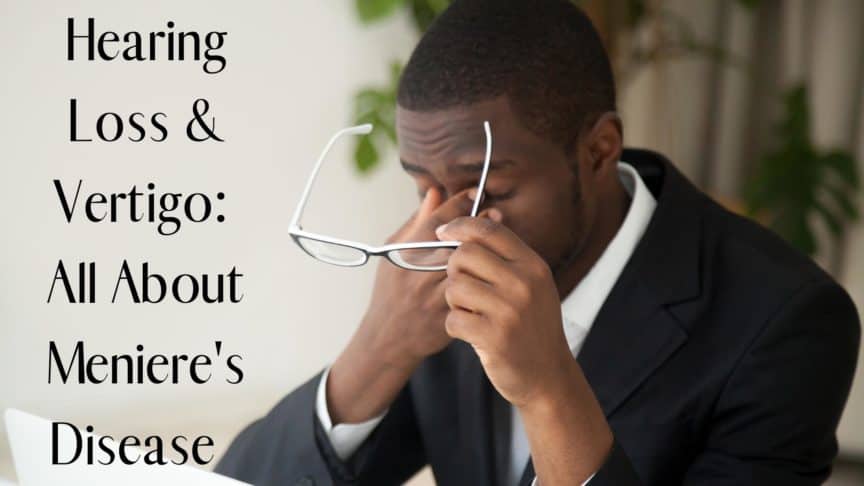 Vertigo is a sensation of feeling off balance or dizzy. You may feel like the world around you is spinning out of control. If you are subject to unexpected vertigo you are most likely searching for possible causes. Often these issues are connected to complications in the inner ear, which controls much of the body’s balance capability. One cause of vertigo is a condition called Ménière disease

What is Ménière disease

Ménière disease is characterized by sudden episodes of extreme dizziness, fluctuations in hearing, tinnitus (ringing of the ears) and uncomfortable pressure in the ear. It can come on quickly and unexpectedly and in addition to loss of balance, can cause extreme nausea and vomiting, completely incapacitating an individual.

How does Ménière disease affect balance?

While it is not completely understood what causes this condition it was first identified by French physician Prosper Ménière in 1861. It is suspected that this condition can be caused by environmental and genetic factors, Ménière suggested that these symptoms were caused by a unifying issue of balance in the inner ear.

The inner ear controls balance due to loop-shaped canals in your inner ear which contain fluid and fine, hairlike sensors. When the position of your head changes the angle and level of the fluid shifts, informing the brain of your position. These hairlike sensors are called cilia and are also responsible for transiting audio information to your brain.

An episode of this condition comes on suddenly and can last several minutes to several hours. Doctors suspect episodes are triggered by fatigue, stress, anxiety, illness and environmental factors. However, it has been impossible so far to predict when an episode will occur. Often first appearing in a person’s late 40s or 50s Ménière disease begins in one ear and commonly spreads to the other ear over time. A person affected by this disorder will feel fine in between attacks which could be days, weeks or months, then suddenly feel dizzy and nauseous. As Ménière disease progresses it can often cause chronic imbalance, tinnitus and fullness in the ear

While there is no way to ensure that the symptoms of Ménière disease will subside permanently, events are often prevented using medication and dietary modifications. The most common medications for this condition are diuretics which restrict the overproduction of fluid in the ear which causes vertigo and the feeling of fullness. Overtime diuretics have been shown to limit the events and even improve hearing.

In addition to diuretics a low-salt diet has been found to reduce the fluid level in the entire body including the inner ear, preventing vertigo. This diet aims to remove 2000 mg of sodium per day from your diet, by avoiding salting food and avoiding prepared food where you cannot control the amount of sodium added. It’s important to keep track of your sodium by reading labels on food labels.

When these preventative measures do not work often doctors will perform surgery to stop the chronic buildup of fluid in the inner ear. These procedures  include endolymphatic sac shunt surgery in which the mechanism in the ear which reabsorbs fluid is manually opened and drained. Another common surgery is called Vestibular nerve sectioning. During this procedure a  neurosurgeon will actively destroy the nerve which sends information about balance to the brain. This will stop vertigo because your brain will not be able to receive the false information. Another surgery called a cochleo sacculotomy, drains fluid from the inner ear, reducing pressure. While this procedure only takes 30 minutes, the risk is that it can cause permanent hearing loss.

Meniere’s affects about 615,000 people in the United States, making your chances of dealing with this disorder rather rare. According to current statistics, only about 0.2 percent of the U.S. population deal with this condition.