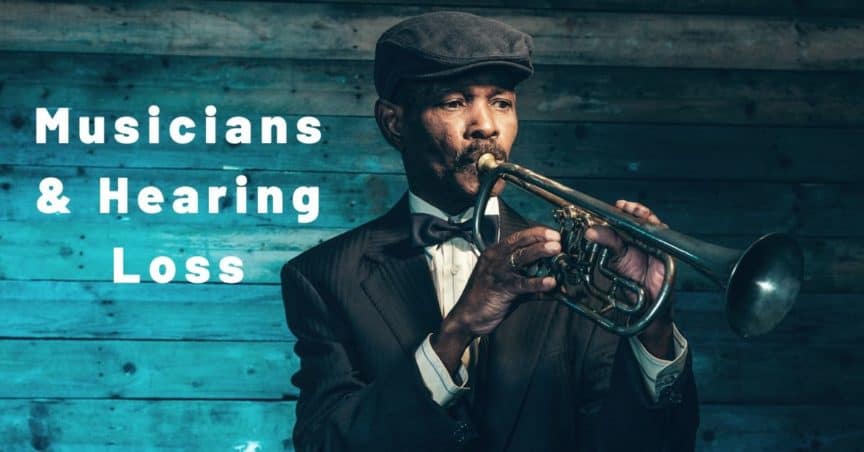 It might not come as much of a surprise that musicians suffer hearing loss at a higher rate than the rest of the population. The long list of superstars who report tinnitus (ringing in the ears) and/or hearing loss include household names like Eric Clapton, Neil Young, Ozzy Osbourne, Sting and Phil Collins. But it may surprise you that it is actually classical musicians who suffer more hearing loss than rock stars.

There are a number of reasons for this. For one, rock musicians are more apt to wear hearing protection. Think about it: if you’re playing a bassoon, the lower volume of the instrument might not make it obvious that hearing protection is needed. But if you’re banging away on a drum set or standing in front of a wall of guitar amplifier speakers, it’s obvious that you need to protect your hearing.

What’s more, while the volume of a rock concert might be off the charts, the musicians on stage are standing behind the large arrays of speakers meant for the audience. While an audience at a music festival might get a punishing sound level, the band is mostly hearing themselves out of a few small speakers on stage.

Additionally, while a rock guitarist’s amp might be quite loud, they aren’t playing it directly into their ear. A violinist, on the other hand, has their instrument right next to their ear and vibrationally coupled to their body. Since the SPL (sound pressure level) decreases by 6 dBA (decibels A-weighted) for every doubling of distance from the source, there’s a big difference between having your instrument right next to your ear and having it across the room from you. (In fact, the use of earbuds at high volumes, which put sound directly into the ear canals, is one of the main things driving up the rates of hearing loss today for young people.)

Finally, while rock musicians play concerts and have rehearsals, classical musicians rehearse more frequently and also teach lessons, meaning they spend many hours per day playing their instruments. While most of us are aware that loud sounds cause hearing loss, the duration of sound is also important. Hearing loss occurs after about 15 minutes of sound at 100 dBA (the volume of a subway train), but even 85 dBA (the volume of a lawnmower) causes hearing loss after 8 hours. Depending on genetic predisposition, these numbers might go up or down by some margin.

So, what can musicians do to reduce hearing loss? Obviously, earplugs are important. But earplugs change the character of the sound drastically, attenuating high frequencies more than low and changing spatial awareness. For some musicians, this alteration of the sound is not an option.

Custom-fitted earplugs are the answer. A mold is taken of the musician’s ear, and a plug is custom-made for that individual. Now the plug can be fitted with different attenuators for different needs and noise levels. A low-level attenuator that works evenly across the entire frequency spectrum can be used for performance environments, and fitments can even be included that provide in-ear monitoring, to provide the sound of the whole, beautifully mixed concert to the musician directly in their ears while blocking out the high levels of unwanted sound outside.

One downside to custom-fit earplugs is that they need to be replaced every year or two, as the shape of the musician’s ear changes over time. But this is a good opportunity for musicians to check in with a hearing healthcare professional and get a hearing test. If you’re losing hearing at all, you might not realize it until it is problematic for performing music. If you get a hearing test and find that your hearing ability has decreased over the last couple years, you can make the necessary lifestyle changes to better protect it going forward, so it doesn’t get worse the next time you need newly fitted earplugs.

While the medical industry is making great strides in the study and treatment of hearing loss, a cure is still a way off. For now, once your hearing is gone, it cannot be brought back. They say a musician’s ears are their “most precious instrument,” so take good care of them!