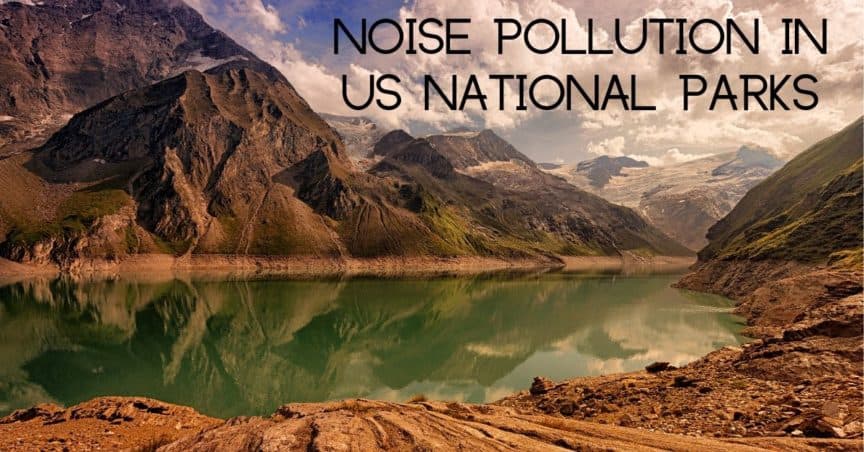 There is no better way to de-stress than to spend a weekend camping in a national park. But the serenity of our great outdoor locations may be under threat, according to a research by academics from Colorado State University.

Their research showed that in the United States, 63% of protected areas have been subjected to significant manmade noise. “We were surprised we found such high levels of noise pollution in such high amounts of protected areas,” says lead author Rachel Buxton, a conservation biologist at CSU.

A map of noise

Researchers tested sound levels in various nature areas at nearly 5,000 different locations. Other data, including elevation and distance from roads, were also collected in order to establish a formula that could estimate both human and natural sound levels. This formula was then used to identify the extent of noise pollution in protected areas. The researchers then created a “noise map” of their results.

The study included areas of nature such as local parks in cities as well as more remote protected areas. Although you might expect parks in large cities to be relatively noisy, the noise in national parks and wilderness areas, where machines and vehicles are almost entirely banned, was also on the rise. In fact, noise pollution levels have doubled in 12% of all officially designated wilderness areas.

Believe it or not, we already have the federal laws to protect wilderness areas from noise. A law called The Noise Control Act was introduced in 1972 which gave the Environmental Protection Agency power to limit noise from cars and machinery.  Unfortunately however, noise produced in protected parks has largely been ignored by regulators. This is a major omission when you consider that 14% of this country is made up of parks and wilderness areas.

What effect is this noise having?

This commotion can disturb whole communities of wildlife. Some plants need quiet in order to disperse their seeds, and manmade noise can frighten animals which help them with this process. A bird whose song would normally travel over 100 meters could have its singing range reduced down to a range of 10 metres if noise around it is increased tenfold. For animals, silence is essential for both protection from predators as well as mating rituals.

It also isn’t great news for humans either. More than just annoying visitors to the park, the excessive noise can also reverse the benefits of spending time in nature, such as better retention of mood and memory. By allowing noise and industry to our parklands and wilderness areas, one of the final areas we can all go to for a sense of calm and relaxation is undercut. What will happen when there is nowhere left to escape to?

A warning for the future

The good news is that the researchers found plenty of unspoiled areas still left in many places, mostly national parks and large wilderness areas.

“We still have some incredibly natural soundscapes across the United States,” says George Wittemyer, a co-author of the study. “But our activity levels are increasing … If we want to keep them (pristine) we want to think about it.”

Some states are already taking action.  Many protected areas already use noise-reducing strategies, like operating shuttles to reduce traffic or concentrating highways and flight paths into “noise corridors.” Buxton wants her research to help inform local decision-makers on the best places to enact and enforce these laws so that people can continue to enjoy the peace and quiet of our country’s natural areas.

Are you missing the rustling of the leaves or the singing of the birds on your outdoor walks? There are many benefits of treating you hearing loss, and enjoying the sounds of nature is just one of them. Contact us at Ear-Tronics today for a consultation.