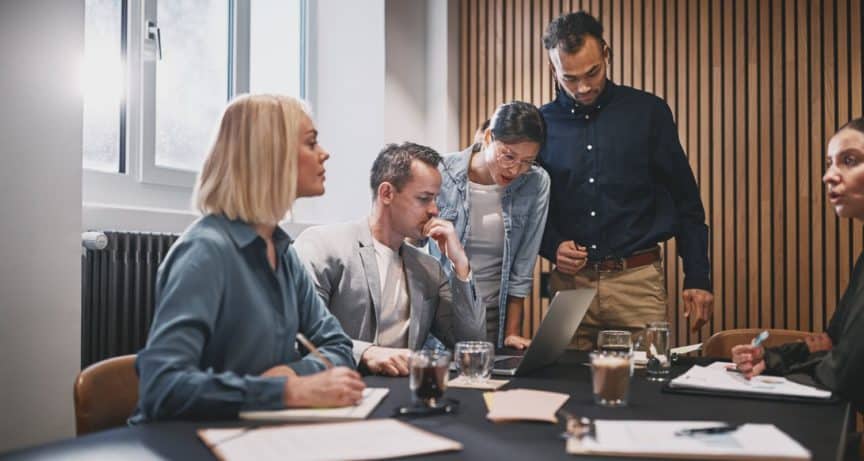 There are so many ways to communicate and spoken language is only one of them. In truth, it’s not what you say, but how you say it – conversation is fluid, and often what’s not said is just as important as what is. For individuals with hearing loss, this could not be more relevant. As hearing loss declines, its common for other senses to become heightened such as sight. People with hearing loss will learn how to read lips without even realizing it and rely on cues such as facial expression and body language. What you say goes far beyond what comes out of your mouth. Even the clothes you wear communicates what you are trying to convey.  In a workplace such as an office, non-verbal communication is important to consider, especially if you are struggling with communication due to a hearing loss.

What’s Not Being Said

Research shows that, up to 55% of what we communicate is in our body language in combination with other subtle factors such as minute changes in facial expressions, tone of voice, touch, appearance, and physical proximity.  What you say is important but nonverbal communication is at the core of comprehension. Even with a heairng loss it’s important to take note of the other ways you can pick up on what someone is trying to say, feeling and thinking.

Hearing Place in the Workplace

It’s estimated that nearly 60% of the U.S. workforce facing some degree of hearing loss. This can not only make it hard to hear but can create barriers towards success and earnings in the workplace. Regular miscommunications due to a hearing loss can start to become more than an inconvenience. Mistakes begin to become regular, and co-workers and employers may start to rely less on you for essential tasks. The Better Hearing Institute reports that on average those with hearing loss earn $30,000 less annually than those with normal hearing. Those with hearing loss are also at a higher risk for unemployment than those with normal hearing.

One of the first things you can do to help fight these frightening statistics is to be open with employers and co-workers about your hearing loss. Hearing loss is a protected disability under the American Disabilities Act which entitles people with recognized disabilities reasonable accommodations to complete tasks at work.  These accommodations differ from workplace to workplace, depending on the job but could include a quieter place to work, written out meeting notes and emails or talk to text technology which can help you read along while people speak in real time.

Here are three tips from Laurie Achin, American Sign Language faculty member at Northeastern University along with Katie Fitzpatrick and Miriam Horowitz, both sign language interpreters, to help you catch the nonverbal cues people may be missing.

The First Nonverbal Cue: “I Understand”

Pay attention to what is known as “backchannels” these are words such as “uh-huh” and “hmm” which note that you are paying attention and you understand. Katie Fitzpatrick, a NIC Advanced certified SLS Instructor at Madonna University, emphasizes importance of taking time to observe if participants are in fact nodding along to what is being said.  Fitzpatrick states that “It does not mean they agree with you, but just nodding along to understand and show acknowledgment of what’s being said.”

The Second Nonverbal Cue: “I Want to Speak Now”

Pay attention to subtle hints that someone is ready to speak. Laurie Achin explains that this may come in the form of changes in body movements such as pushing forward, sitting up higher, and becoming restless. Fitzpatrick proposes the establishment of group communication codes before the meeting starts. This could be as simple as raising a hand or in a virtual setting, virtually raising a hand which is a feature on many video conferencing apps.

The Third Nonverbal Cue: “I Need to Interrupt You”

It’s not the most professional to interrupt a speaker but the need does present itself at times. However, due to hurtles in the hearing-impaired community, the culture is now more open to interjections with the increasing awareness of communication access needs of the hard of hearing.  This could come in the form of shoulder tapping and other attention attracting methods, is now more common.

If you are struggling to hear at work, don’t let it get in the way of your success. Schedule a hearing exam today!