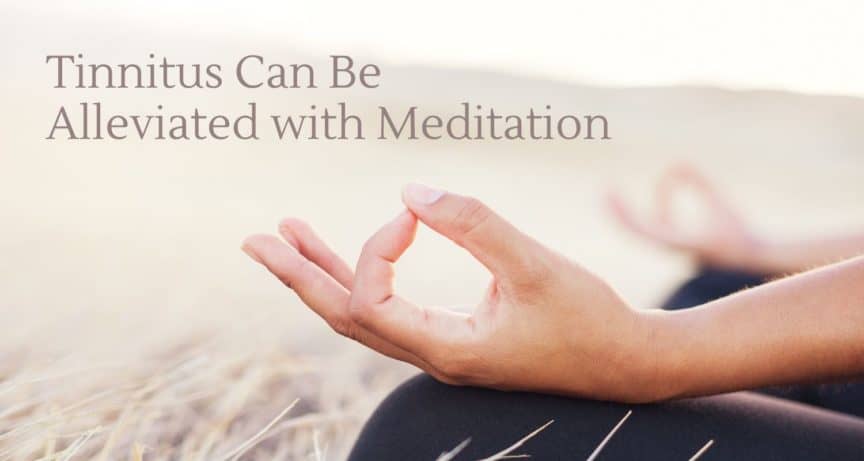 Do you ever find yourself decompressing at the end of a busy day, just to be confronted with an insistent ringing in your ears? This is the sound of tinnitus and aside from distracting it can cause chronic stress anxiety and sleeplessness. When tinnitus won’t quit, it can make it difficult to focus on your daily life, affecting work, relationships, and mental health.

However, at the height of frustration, it’s important to understand that you are not alone. The U.S. Centers for Disease Control and Prevention (CDC) estimates that “nearly 15% of the general public — over 50 million Americans — experience some form of tinnitus. Roughly 20 million people struggle with burdensome chronic tinnitus, while 2 million have extreme and debilitating cases.” While there is no known cure to stop tinnitus once and for all, there are methods to reduce its effects.

Tinnitus can be perceived in many forms- from a buzzing, roaring, hum, or even music. It’s a phantom sound that seems to have no external source and often signifies underlying problems. It’s important to note that around 90% of those with tinnitus also have hearing loss. This is due to both conditions being affected by the inner ear. Within the inner ear, tiny hair-like cells transform audio waves into electrical pulses which are sent to the brain to be interpreted as sounds and speech. These cells are incredibly fragile and can be damaged by any number of things such as impact to the head, chronic disease, infection, exposure to certain chemicals, or loud sound. Have you ever left a loud concert with buzzing in your ears, which usually subsides after a few hours? While the tinnitus sensation might fade, this is a sign of hearing damage. Many experts believe that tinnitus is caused by the same damage to the inner ear, sending a sort of feedback to the brain which is identified as the symptoms of tinnitus.

Tinnitus and stress are closely linked. When tinnitus presents itself, if your response is to be stressed or anxious about its presence, it’s common to become fixated upon it. The more you stress and fixate on tinnitus, the more prominent in your consciousness it becomes. This contributes to issues concentrating during the day and problems falling asleep and staying asleep at night. Similarly, stress from your daily life can trigger tinnitus symptoms to become worse as many find themselves stuck in a repetitious cycle.

Meditation is a powerful tool for slowing down your breathing, calming your body and your mind, and reducing stress. It’s an ancient practice dating back as far as 5,000 BCE, with historical and religious ties to ancient Egypt and China, as well as Judaism, Hinduism, Jainism, Sikhism, and, of course, Buddhism. Meditation requires focus to stop thinking about all other aspects of your life and instead asks you to focus on simply just being. This is much harder to do than it may seem.

Many rely on masking techniques to cover the sound of tinnitus as they fall asleep, many have turned to meditation to address bothersome tinnitus issues. Meditating might seem like the opposite of turning on a white noise machine, but many aspects of the negative effects of tinnitus pertain to your perception of them and your stress response. By taking time to actively calm your body and focus on being you can take focus and power away from the corrosive effects of tinnitus.

It can be hard to get into a flow and practice meditation, and your tinnitus may seem more prominent at the start. However, focusing on your breath and being present in your body and the present moment will help slow your heart rate, enjoy a sense of calm. Many report that with a daily meditation practice, the symptoms of tinnitus will start to fade away from the center of your consciousness and give you a chance to live without its persistent ring.

Other Ways to Manage Tinnitus

There are many ways to manage tinnitus. Because hearing loss is so common in those who deal with tinnitus, it’s often helpful to address a hearing loss if you haven’t already. Hearing loss is an incredibly stressful communication issue that could in turn amplify tinnitus. To find out the best solution for your hearing loss and tinnitus, we can help. The first step is to schedule a hearing exam today.