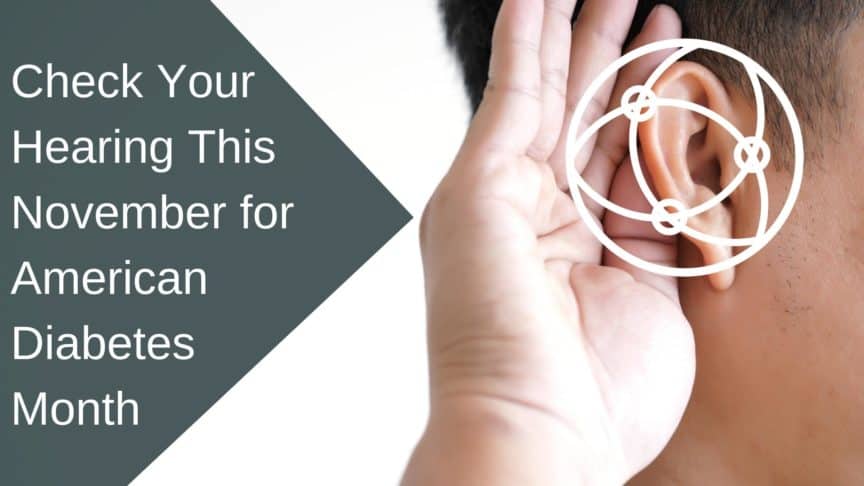 Diabetes and hearing loss are two of the most common health problems in the United States. In the United States, more than 34 million people have diabetes, while an estimated 34.5 million suffer hearing loss. Those are two enormous groups of people, and there appears to be a great deal of overlap between them.

Diabetes is a dangerous illness characterized by an abnormally high blood glucose level. It can occur if your body does not create enough insulin or if its product is ineffective. Alternatively, when your body is unable to manufacture any insulin at all.

Type 1 and type 2 diabetes are the two most common forms.

When you have type 1 diabetes, your body is unable to produce any insulin. It’s a little different if you have type 2 diabetes. Either your insulin isn’t working correctly, or you’re not producing enough of it. They’re not the same thing, but they’re both dangerous.

Other kinds of diabetes include gestational diabetes, which can develop during pregnancy in some women. With diabetes, glucose builds up in your blood, and higher levels of glucose in your blood can lead to a variety of issues.

Recent studies on the link between diabetes and hearing loss

In recent years, several researchers have looked into the link between diabetes and hearing loss. Diabetes patients were found to be more than twice as likely as individuals without the disease to suffer mild to moderate hearing loss in a study conducted by the National Institute of Health (NIH).

A separate study published in Clinical Endocrinology and Metabolism looked at the outcomes of over 20,000 people and found that people with diabetes, regardless of age, were more likely to have hearing loss than those without the disease. There is also a 30 percent increased prevalence of hearing loss among the 88 million people in the United States who have pre-diabetes.

There are a few early suggestions for why there is a link between the two, although research is still underway.

Damage to blood vessels within the ear: Another theory is that high blood sugar levels can affect the microscopic blood vessels that support and feed the inner ear. This is comparable to how high blood sugar can damage our vision and kidney function. The systems that sustain the eyes and kidneys are similar to the blood veins that feed the ear, and hearing suffers due to the malfunction of this process.

Can I reduce the risk of hearing loss?

If you have diabetes, there are a few things you can do.

Diabetes puts a person at risk for a variety of health problems, including hearing loss. While many factors can alter hearing about diabetes, we know that there is a clear link—but we don’t yet have all of the answers.

Because diabetes has a high risk of causing a chronic and progressive hearing issue, it is critical for persons with the disease to be checked routinely and earlier than the general population to detect and treat any hearing loss as soon as possible.

Hearing testing is sometimes forgotten at routine doctor appointments, but if you or a loved one is experiencing any difficulties, be sure to bring it up at your next appointment. Even better, contact us to set up an appointment!